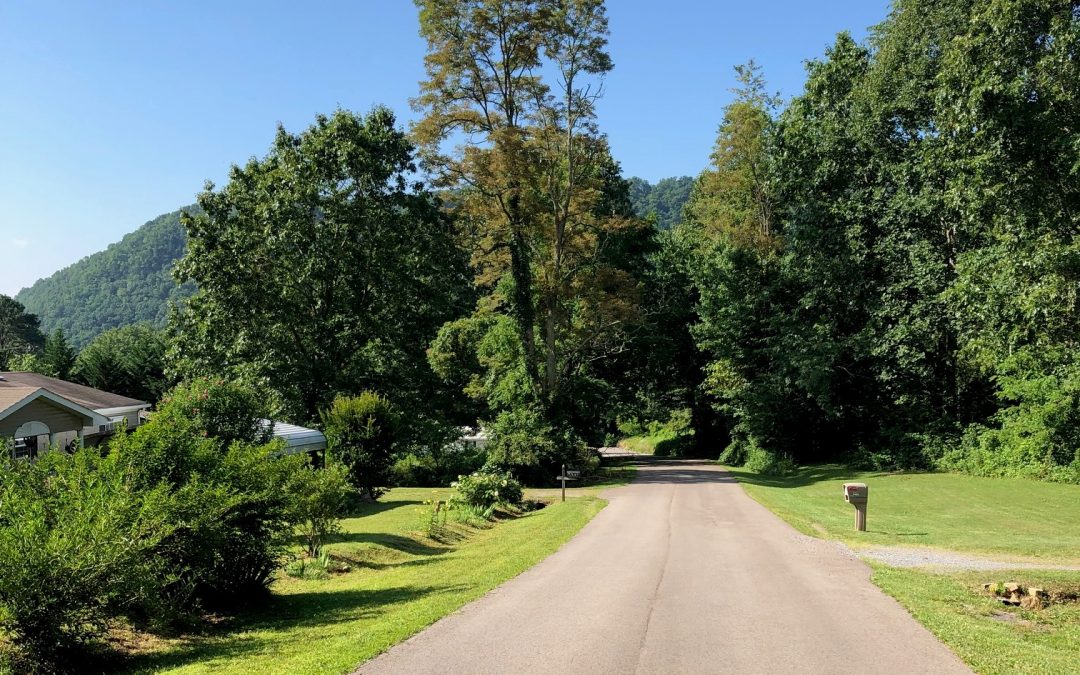 The project was initiated by Sugar Cove Road resident Dorothy Kennedy, who first approached WCSA in early 2016 about the possibility of a waterline project to serve the residents along the road.

“Some of us had springs, but the majority were well water,” Mrs. Kennedy said. “A lot of people had to watch their water because the wells were very dry, and the majority had iron water and were not good. Even with a purifier, there was a bad smell in the water and our clothes never looked completely clean. Water pressure was low, which was hard for showering or running the washing machine. If you used water outside, you had to be careful so that it didn’t affect the well. When WCSA checked our water, a lot of us had impurities. We really needed better water.

“Waterlines were installed nearby on Brumley Gap Road way back in 2002, and an effort was made then to also bring service to Sugar Cove Road, but only two people were interested in doing so at that time,” she said. “In 2016, there had been very little rain and everybody’s well water was low. I called WCSA and set up an appointment to speak with them about trying again. They were all so kind. They needed a project coordinator to talk with our neighbors about signing up and said I could do that if I’d like.”

When Washington County residents call WCSA to inquire about obtaining water service in an area that is not currently supplied by the service authority, WCSA representatives talk with them about serving as project champions and talking with their neighbors about signing up for water. The project champions usually distribute the needed paperwork to each of their neighbors in order to get a potential project started.

The paperwork includes user agreements, which are commitments from residents to connect to a new waterline and use the service. These commitments are necessary for allowing WCSA to use income generated from water use charges to pay back project loans acquired for constructing the projects.

“WCSA gave us a list of people in our area and told us how many commitments they needed,” Mrs. Kennedy said. “They guided us through each step of the process. My husband and I called everyone on the list, then took a letter from WCSA to each neighbor and explained everything to them. We told them we’d had so many problems with our well. A few said they had good wells, but we let them know that if they ever had to have a new one put in, the cost would start at $10,000.

“The majority were interested because they’d also had lots of issues with their wells,” she added. “One family hadn’t had water at all at various times during the previous summer. We were really excited that more than half of everyone we spoke with signed the paperwork, and we kept them updated on the project’s progress.”

With Mrs. Kennedy’s assistance, WCSA was able to obtain the needed user agreements from residents in order to apply for funding for a waterline extension project for Sugar Cove Road. WCSA applied for funding through the Virginia Department of Health and was offered an acceptable funding package. The water line project was then designed, and all necessary easements and permits were obtained. Construction took place from April to September 2020, and more than 5,000 feet of 4- and 6-inch water lines were installed.

“We’ve really enjoyed having the water over the past several months,” Mrs. Kennedy said. “It’s wonderful to have good running water for drinking, showering, washing dishes and clothes, and just seeing that good, clean water coming through the faucet, knowing you have good pressure, can depend on it, and don’t have to worry about maintaining the purifier.