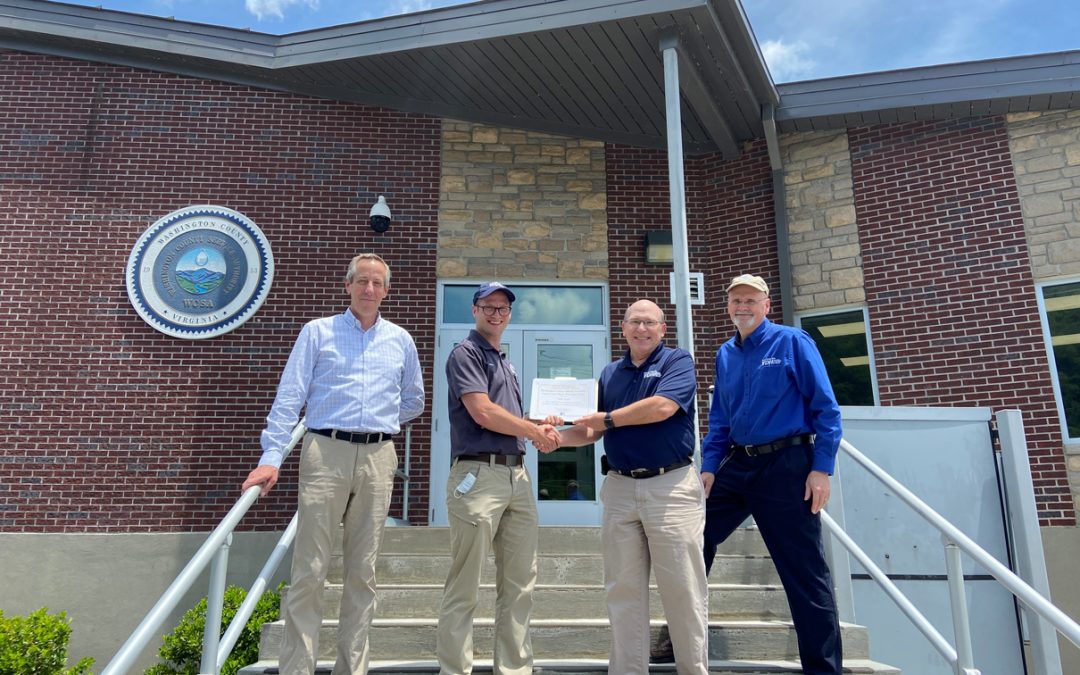 WCSA has earned the 2020 Virginia Optimization Program Gold Award for its high-quality drinking water treatment from the Virginia Department of Health (VDH) Office of Drinking Water, the highest possible ranking in operations and performance excellence for water utilities. WCSA has received this award each year since 2010.

“We are greatly honored to receive this year’s award and are extremely pleased to have earned it for the past eleven years,” says Robbie Cornett, general manager of WCSA. “This award demonstrates a tremendous amount of dedication by our Middle Fork team, as well as WCSA’s overall commitment to our community for providing top-quality drinking water that meets or exceeds the standards set forth by the VDH.”

Of the 129 conventional surface water treatment plants evaluated by the VDH during 2020, WCSA was among 50 that received a gold award, while 30 received silver awards.

“WCSA has the largest permitted capacity and serves the largest number of service connections in the Mount Rogers Planning District,” Herold says. “WCSA has consistently been a top performer in the Virginia Optimization Program and was one of 40 plants in Virginia to receive a perfect score for 2020.”

Over a period of time, through research and plant performance studies conducted by the U.S. Environmental Protection Agency, the American Water Works Association and the waterworks industry, the VDH has developed performance goals for clarification and filtration processes in surface water treatment plants. For Virginia’s Optimization Program, drinking water programs throughout the commonwealth submit monthly operation reports containing operational data.